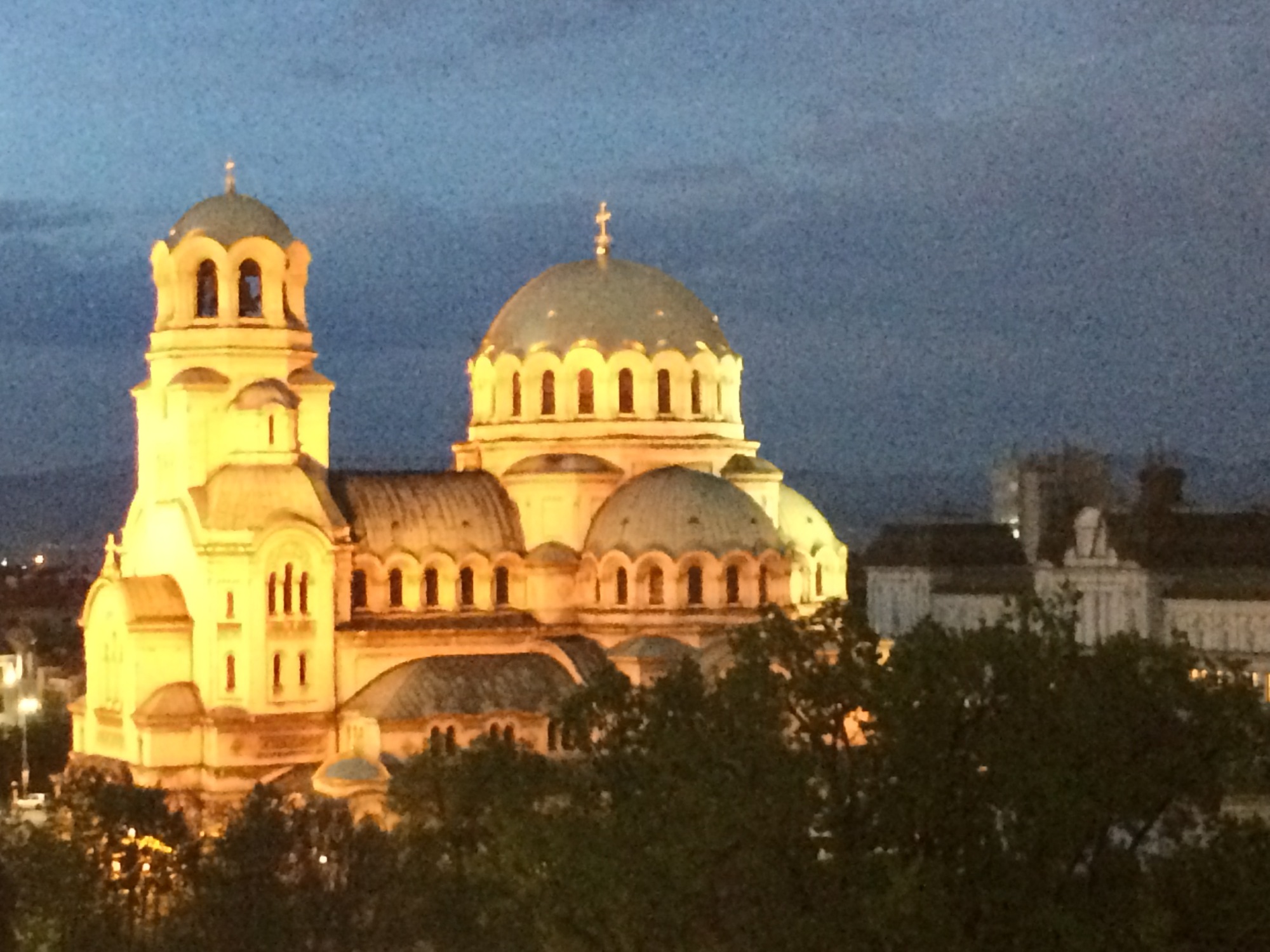 This is one of those impulsive “let’s be a tourist” trips. I booked the air ticket and the hotel, and not much else. Upon arrival at the hotel, the concierge advised me that central, old town Bulgaria can be explored within a couple of hours, which would leave me with a couple of days of day excursion out of Sofia. At the end I settled on Traventuria tour company to visit Plovdiv and Koprivshtitsa, and V Travel to visit Rila Monastery and Buyana Church.

A quick google search on Bulgarian history reveals the richness of the country.  The list of empires/group of people occupying Bulgaria is long and each has left a strong influences on modern Bulgaria: the Thracians, the Persians, the Romans, the Byzantines, the Ottomans and the Communists.  I have always been into archeology but somehow Bulgaria was never really in my visit map.  I could not have been more wrong!

Although the central part of Sofia can be easily explored by foot within a couple of hours, I did find some amazing places.  I started walking from Alexander Nevsky church until the end of Vitosha Boulevard (shopping and eating street). The Alexander Nevsky Orthodox church is beautiful inside and out, although it is relatively recent (end of 19th and early 20th century).  It also holds interesting icons exhibitions in its crypt.  A short walk later, I found myself in the St. Sophia’s church which was built on a few earlier churches – as early as 3 AD.  My favorite part is the archeological ruins in the church’s foundation. There are remains of Roman mosaic tiles and my favorite is the one depicting the Roman paradise. I have put the pictures of buildings and places that I think are worth noting below.

I have to admit being in Sofia made me a bit of an alcoholic!  Alcohol is so cheap that I drank quite a bit. After walking around, I spent a few hours in the rooftop of Sense hotel where I stayed. I tried the rakia-based cocktail. It was yummy and not too strong.  I also stayed there long enough to try Metaxa, a greek cognac, and a bulgarian white wine. The upside of all these drinks??? I was rewarded by a beautiful sunset view of Alexander Nevsky church and Tsar Osvoboditel boulevard and the Vitosha mountain range.

Plovdiv is the second largest city in Bulgaria, after Sofia. Its historical area hides many ancient treasures. We visited the Roman amphitheatre and the Ethnography museum housed in quaint wooden village house. We also walked along the narrow cobblestones streets and admired the beautiful cottages.

The area of Plovdiv is made up seven hills. The old Plovdiv was built on top of three hills and this view was taken from the fort on top of one hills facing towards the other three hills. The seventh hill was a quarry to build the city and it is now gone! Price of progress.

Koprivshtitsa is a quaint mountain village where a revolutionary, Todor Kableshkov, was born. It was here that the “April Uprising” rebellion against the Ottoman Empire started in 1876.  The village is quaint and there are a few old village houses that can be visited. The house of Todor Kableshkov’s family is a notable visit. It is cosy and well-maintained. Carpets are very widely featured in these village houses to add color and celebration mood.

Rila Monastery is a beautiful monastery nestled in the Rila Mountain range.  It is dedicated to St. Ivan.  It is not an ancient monastery. The main buildings and church were rebuilt in 19th century. The Church contains beautiful wall paintings (frescoes) and significant relics of various saints (picture not allowed).  Upon arrival, I was the only tourist there and I could really feel the beauty and magic of the place. One can also send a postcard from here, but whether it arrives or not, it remains to be seen 🙂  It is also worthwhile to visit the Ecclesiastical Museum and the Monastery Tower (for the view).  The most interesting item in the Museum is the carved-wooden cross, Rafail’s cross. That exhibit alone makes it worthwhile to visit the monastery.

This small, nondescript church obtained its UNESCO heritage status for the beautifully conserved frescoes inside.  One painting of Jesus’ crucifixion shows beautiful details and advanced techniques. (Photos not allowed).  It is a must-visit in Sofia.

I was excited about Bulgarian food because I heard lamb was a specialty.  However, upon arrival, it seems that lamb has become expensive (reared less in the country) and most daily dishes are made of chicken and/or pork. I also found the food a little bit on the bland side, compared to its neighbors.  I mean with names like Kebabche and Kufte (which are very similar to delicious Turkish dishes of Kebab and Kofte), I suppose I was expecting some mouthwatering meat on my plate.  The tastiest food usually involves the use of cheese in the dish, such as cheese Banitza (cheese in filo pastry) and Shopska salad.  I did manage to try lamb dish that is typically cooked to celebrate St. George’s Day on May 6. It was served with salad and rice pilaf (which comes with chopped liver – so this is quite unique!) at Pri Yafata restaurant. The food overall is not bad, but it is also not outstanding like a few other countries I have been.

On the positive side, the food is very affordable. I spents less than EUR5 for a beer, two meats, and shopska salad for lunch (Bulgaria is one of those places where mineral water and beer cost the same).  Tuna tartare in one of the fancy restaurants, Rooftop at Sense Bar, cost me EUR10.  In Singapore, the same dish would cost me double that amount, at least. In general, the ingredients used in the food are fresh and natural. Bulgaria is an easy place to be for one who religiously follows #cleaneating. Yoghurt is widely consumed and it is not only from cow’s milk. I managed to try sheep and buffalo yoghurts too.  Both are very fresh and served with nuts and honey.

Being a tourist, of course I had to go to one of the touristy restaurant serving Bulgarian food with traditional folk music and dance. I went to Chevermeto. It was a great experience. Bulgarian music is beautiful. I really enjoyed the lyutenitsa (spicy red pepper dip).

To complete my Bulgarian experience, I tried rakia (which is the traditional liquor made from fruits). I tried grape rakia and rakia made from roses. I never knew Bulgaria produces rose oil, used widely in cosmetics, and I never knew that rose oil can cost USD20,000 per ton! That is why when I saw rakia made from roses, I just had to try! I also tried Boza, which is a fermented drink from grains like wheat, but it contains no alcohol.  Bulgarian wines are widely available. I tried a few (from limited selections of wines by the glass) and none was very notable for me to bother to note down the details. They are decent, cheap wines.

Talking to the local people, there a few issues that are very wide-spread in Bulgaria.  Since joining the EU, many younger generations have left to seek their fortune somewhere else.  The population of Bulgaria has declined by half a million in the last few years due to migration. For a country with 7 million of people, this is a significant number. There are villages where only older people are left. Low salary is an issue for the locals. For tourists, everything there is cheap!  Alcohol, food, transports…tourists can be kings in Bulgaria. This is not so for the locals, whose average wage is EUR350 monthly. Despite the lower salaries/costs of operating in Bulgaria, availability of educated people, and Bulgaria’s access to the EU market, it is incredible that the country is not progressing economically. I was told that corruption is still rampant and is a major issue. The other reason is the generation gap between the middle age and the young people. The middle age group is used to Communist way of living, and they are not used to the current situation of open market.  Regardless of the reasons, fingers crossed that things can get better for Bulgaria, or we will have a cheap destination in Europe for many more years.

One thought on “Euphoria in Bulgaria”