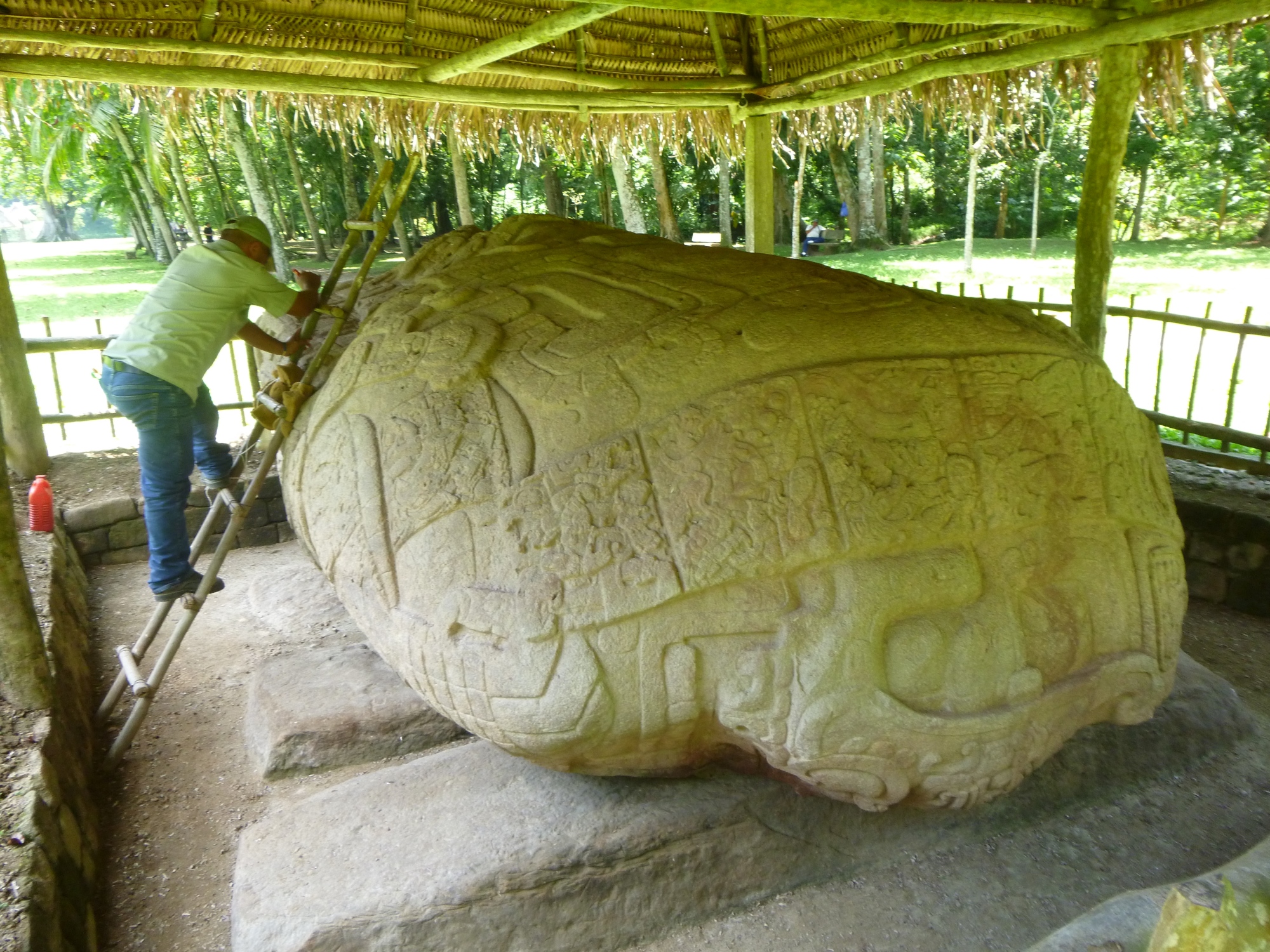 Since the beginning of times, there are just some things that never change. Human nature is one. The story of Quirigua ruin is linked to Copan. The former had always been ruled by Copan until one of the supposedly puppet kings of Quirigua decided that Quirigua (Cauac Sky) should be independent of Copan. He captured the 13th king of Copan, 18 Rabbit, and beheaded him. What an ungrateful soul, ain’t he???

Cauac Sky may be condemned for his treachery (and he did kill the most important king of Copan – if 18 Rabbit lived longer, the ruins of Copan may even be more amazing than now. That is a story for another day), but exquisite stelaes and zoomorphs did get created under his rule for our appreciation and amazement now. Some stelaes reach up to 10m high. Stelae C is one of my favorites. And my favourite zoomorphs is zoomorphs P. Altar M is also another favorite.

The site of Quirigia has few structures left. The beauty of the sites is to enjoy the carving of the altar, stelaes, and zoomorphs.

Note – my basic understanding is the following:
– Altar is where they put the offerings for the Deities and human/animal sacrifice.
– Stelae is the tall sculpture, usually depicting the ruler and telling a story, and the glyphs usually starts with time and place and the Whos.
– Zoomorphs depicts the entrance to the underworld, where the Mayan believed souls go to after death. Thus, zoomorphs usually depicts animals associated with death: turtles and crocodiles, among other symbols.

On this road trip to Quirigia, I also learnt that bananas play a major role in Guatemalan export and economy.  I passed by a few banana plantations on the way.